It was a really close final between the two surfers who managed to get as much as they could out of every wave – however small!

Watch the footage of the surfing final at Fistral Beach, Newquay below.

With Marc Lacomare of France narrowly beating Newquay local Russ Winter by the tiniest of margins in the semis the final itself was again to prove to be another insanely close run thing. Up against a truly worthy opponent in Jay Quinn (New Zealand) a big crowd gathered on the beach for the final with plenty of French and Kiwi support.

Photographers sought every vantage position during a high tide Fistral  with spectators and media positioned ontop of the rocks at North Fistral as well as in the water along the beach, making for a great atmosphere for the final. Marc Lacomare won the heat by the smallest of margins, with a combined wave score of 14.73 beating Jay Quinn’s score of 14.50!

Marc Lacomare surfed his way to victory at the 2010 Relentless Boardmasters in some pretty small onshore beach break waves. The surfboard Lacomare used for the unpredictable British waves was a Channel Islands Dumpster Diver, designed orginally by Dane Reynolds. We managed to take a pic of his winning board (see below). Simply click for a bigger version. 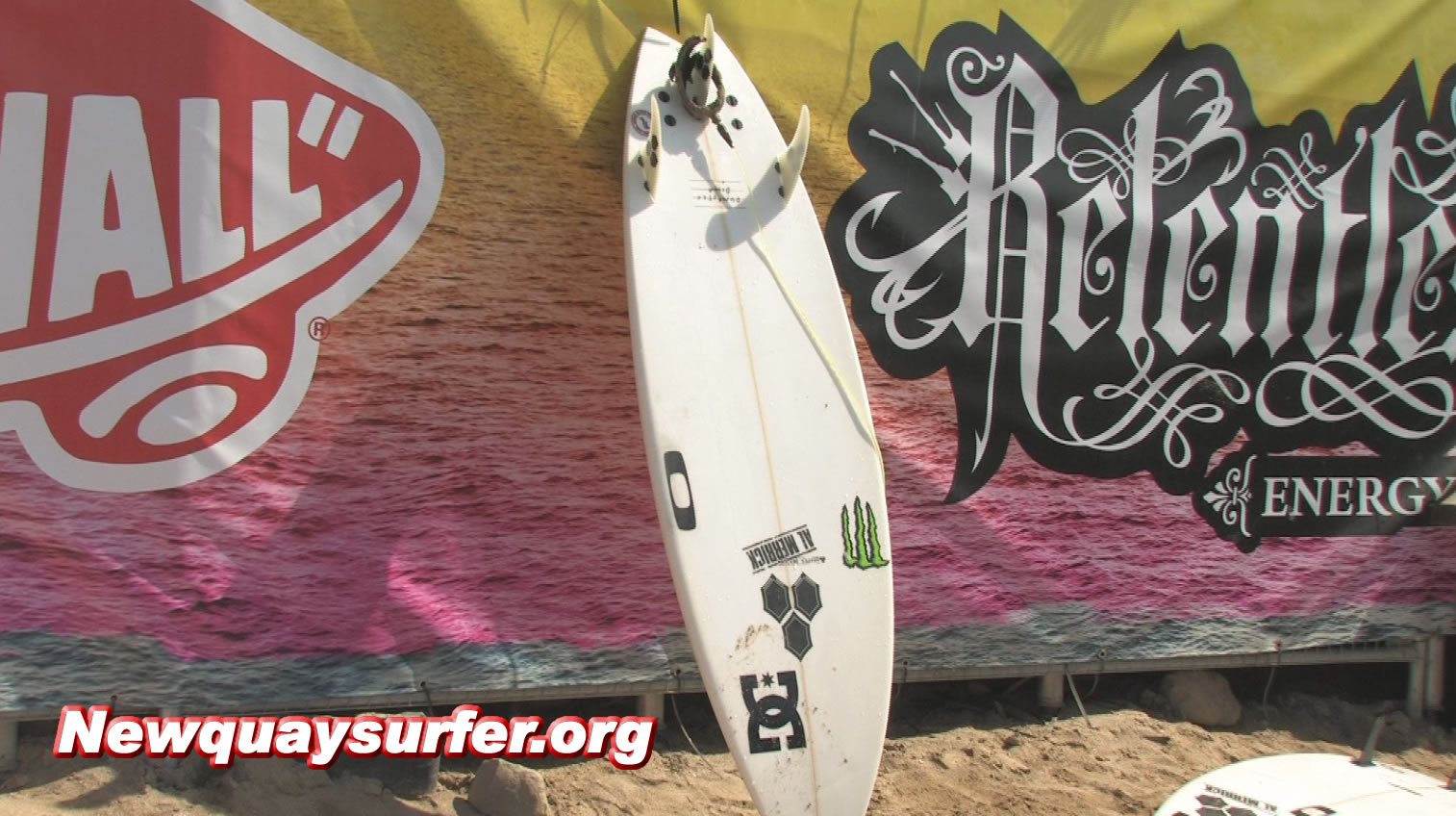